Something a little bit different for today – I thought I’d share some photos I’ve taken over the past little while. I’m hoping to take some more over the next few weeks to document things properly so there won’t be that many today.

Sorry not sorry that they will probably mostly be of the kitten. (Many of these photos may be familiar to those who follow me on other forms of social media too)

This photo was taken yesterday (at time of writing, yesterday means Saturday 23rd September!) I’d just had my flu vaccine which was very quick and painless and my lovely kitten was all settled down on my lap. When she isn’t running around chasing after anything that moves, or sitting on my dad’s shoulder pretending to be a parrot, she seems to really like being on me – I haven’t yet worked out if she knows how comforting that is or if it’s just that I move least so it’s easier for her!

I made a chocolate banana cake on Friday! It was my first time doing any baking for months and although I needed some help in getting the ingredients and putting things in the oven  (bending down and carrying things being beyond me right now), I was very impressed with how it turned out and how I managed! It was so nice I nearly forgot to get a photo! 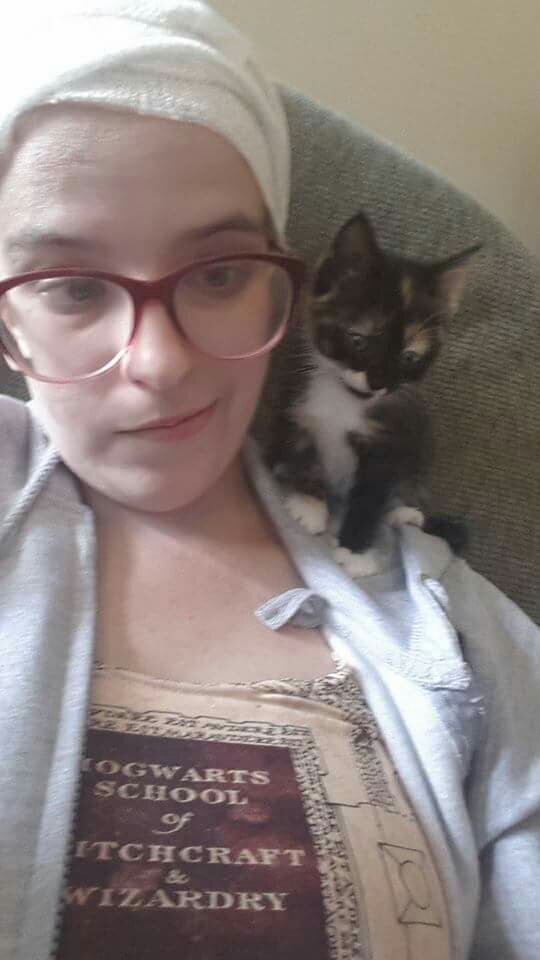 This is the day that both Arya and I arrived at home, me from the hospital and her from a previous home. She’d have been about nine weeks old here, I think, and has since got a lot bigger. I also feel stronger – thanks in part to time having passed, to my medication  (steroids = wonder drug) and the exercises from the physiotherapists.

The above photos were taken in Italy, soon after my first surgery. The second one features both my brothers – at this point I was in a mixed ward and was technically only allowed one visitor at a time but we brokr/worked around the rules to get this! At some point I’ll do a post about how I got to this point which will cover the time in Italy in more detail but these photos, especially the second one, make me laugh even though it was obviously a very difficult time!

I really love this photo – it’s me and my dad at Twycross Zoo, taken by my mum. I uploaded it onto Twitter under Keah Brown’s hashtag, #disabledandcute. I have to use my wheelchair when we’re out and about but that gives me so much more freedom – it isn’t one I can push myself so I’m still very reliant on others, so far family, but it was lovely to be somewhere that wasn’t home or the hospital! Since then we’ve had a fair few day trips and even when they haven’t been very ‘exciting’ they’ve been great for how I feel about everything.

Today mum and I went to Lichfield Cathedral! I’m writing this immediately after the service in a café overlooking the cathedral where I’m waiting for a Sunday roast (with Yorkshire pudding, obviously, and camembert to start because a) the steroids are making me very hungry and b) one of my few dietary restrictions while on  treatment is avoiding soft cheese so I’m taking advantage of being allowed it while I can! 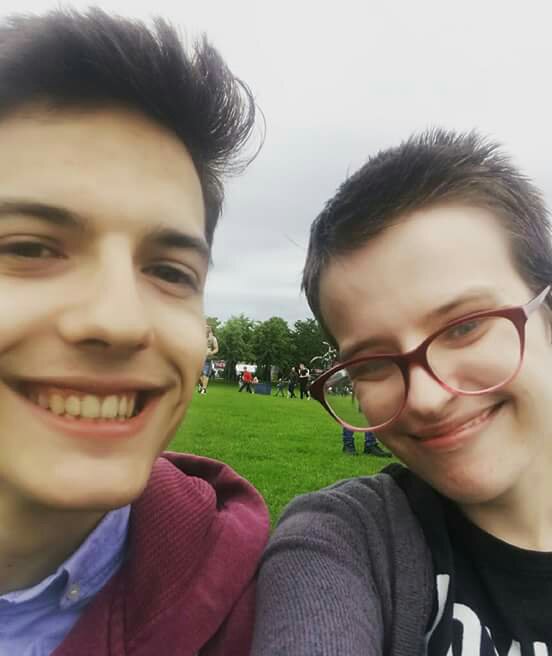 Finally, this was one of the last photos I took in Glasgow. I’m really just sharing it because I like it so much!  The top I’m wearing was a present from one of my best friends and says ‘loving yourself isn’t vanity, it’s sanity.’

The photo was taken before I got properly diagnosed but at a point where we knew something was wrong – it’s at TRNSMT festival at Glasgow Green, where among other things we saw one of my favourite bands (yes, Belle and Sebastian!)
My baby brother, next to me in the photo, had come up for it and then we both came down to the Midlands ready for a nice, relaxing holiday in Italy…