Today, Cuthbert (my monk teddy bear from Lindisfarne) and I went down to London for the British Library’s Anglo-Saxon exhibit. We were accompanied by both of my parents – they were nearly as excited as Cuthbert by all the mentions of his namesake. There was no photography allowed in the exhibit itself so I wasn’t able to take a photo of my Cuthbert next to his book! 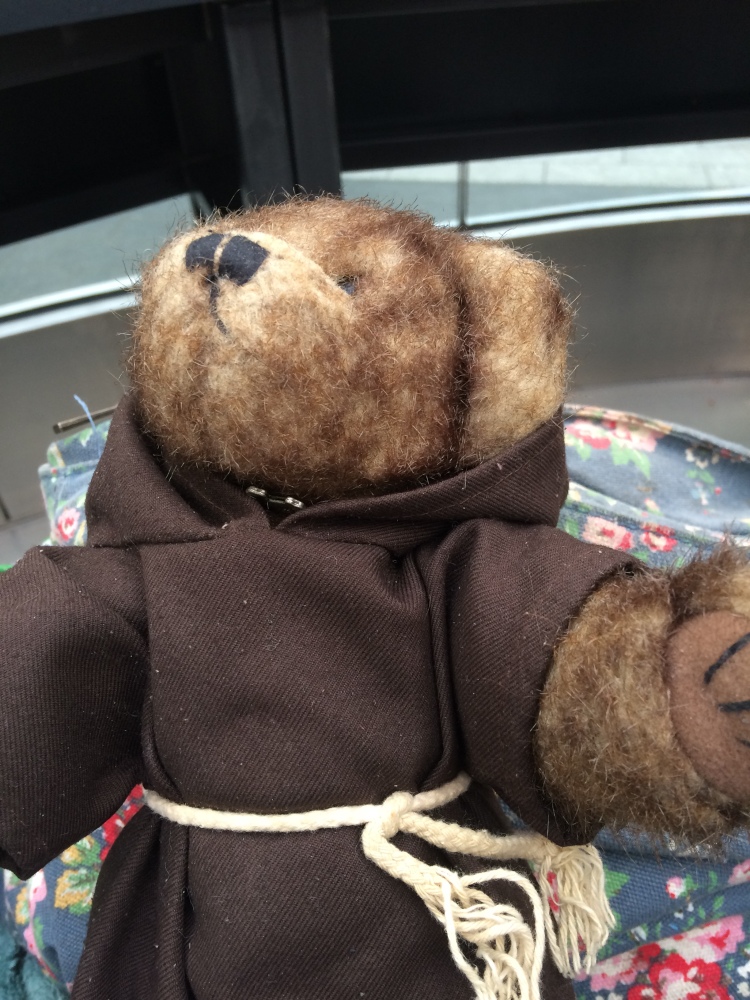 The exhibit itself was fantastic – it’s been a long day (we haven’t yet left London) and I’m quite tired, but it was well worth it. I got to see lots of manuscripts in the flesh which I’ve only seen in digitised versions, as well as some which were new to me. It was a huge collection – even though we had to miss the final section, we were still there for over two hours, not counting the time we spent in the cafe with my friend Daisy and her husband. 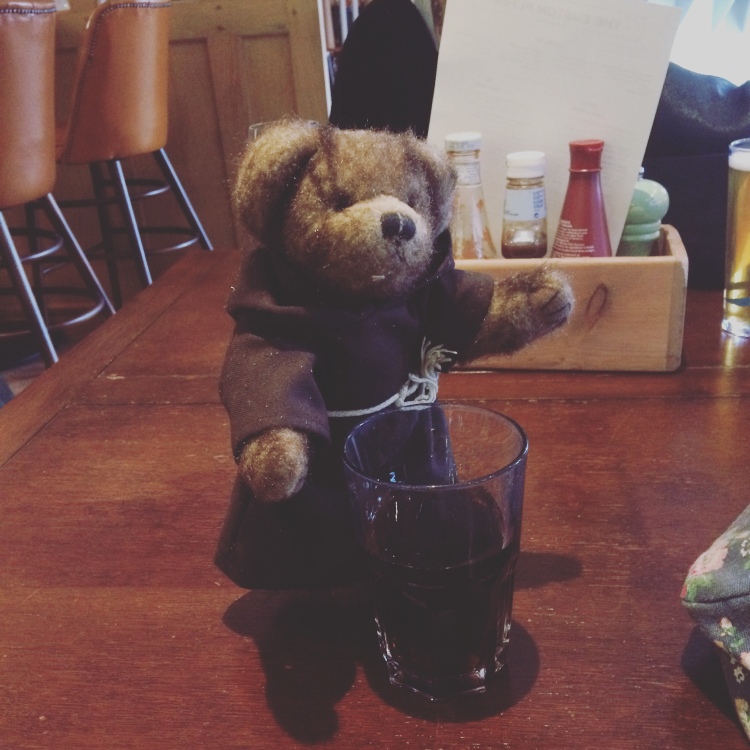 A random stranger did try to tell me I was inspirational for being there… I wasn’t quite sure how to react to that! I’m not sure there’s anything particularly impressive about finally getting along to an exhibition which you’ve wanted to go to since you heard about it. 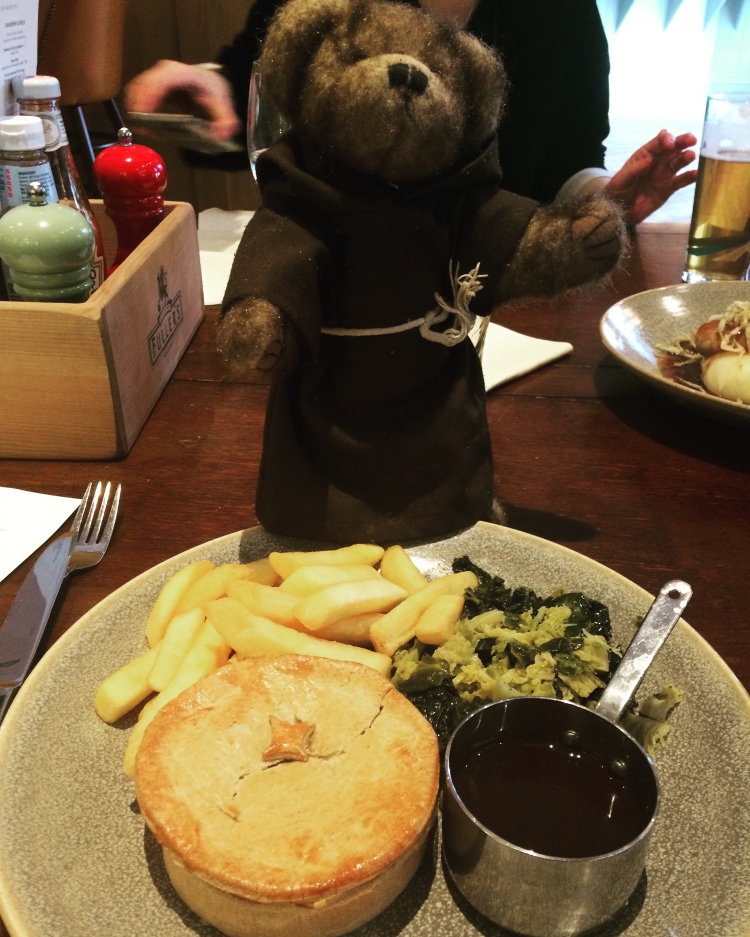 While we were in London, we also had a very good lunch and tea, but now I might need to sleep for a week (after I get home, powered almost entirely by caffeine and chocolate!) 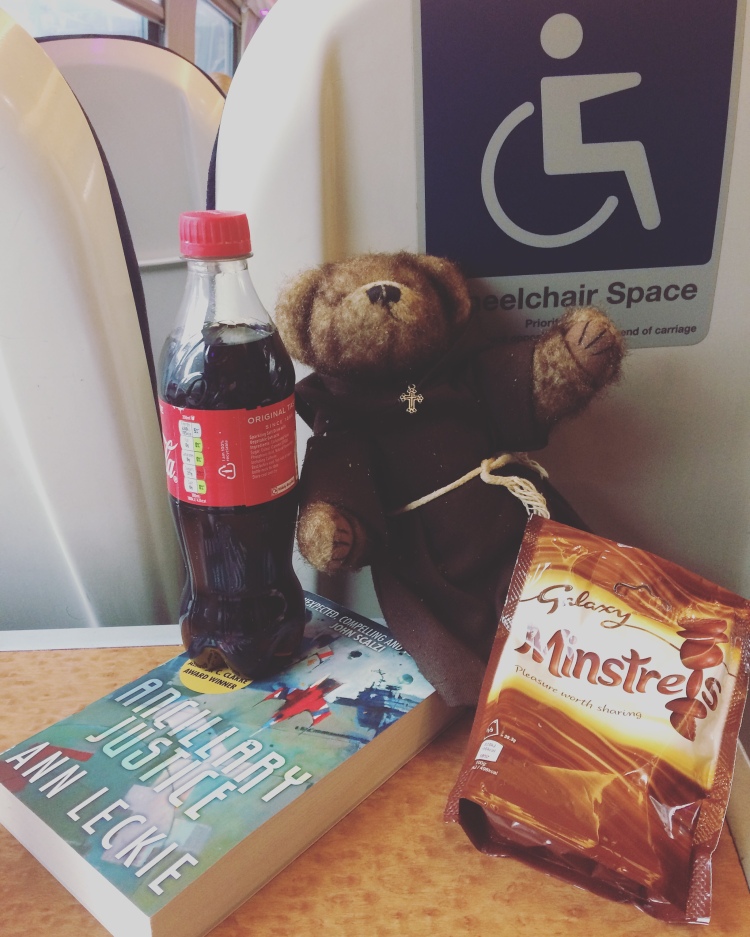