Today (Saturday 16th February) my mum and I went to Birmingham Hippodrome to see Swan Lake – I was blown away by it, as I genuinely didn’t expect it to be as good as it was. Despite doing a few years of ballet as a child, I’ve always been hopelessly uncoordinated and clumsy, and most of my knowledge about dancing comes from Strictly Come Dancing. At points this afternoon I found myself channeling my inner Darcey Bussell!

The last Swan Lake adaptation I saw was the film Black Swan, and in some ways this was quite similar – both look at themes of mental decline and collapse. 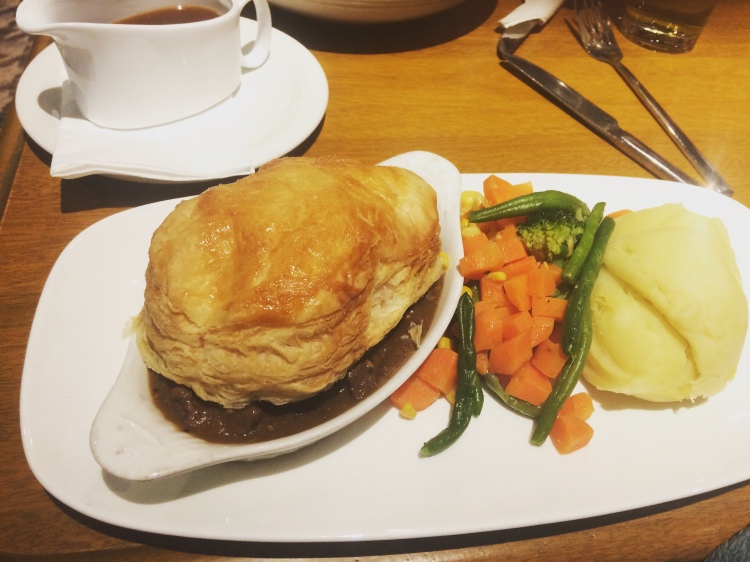 Before the performance, we went to the pub opposite the Hippodrome – I had a beef, mushroom and Guinness pie! It made for a very good meal, if a little too much for me.

I know at least one person who is going to see it next week so I’ll keep it as spoiler free as possible! It’s hard to pick a favourite bit – I loved the staging and the lighting, especially the use of shadows, but I also loved the choreography, the power of the dancers and how they managed to bring real humour to it. So often I get a little bored during ballet, but both at the interval and the end I was surprised by how fast the time had gone!

For theatre and ballet I like to wear clothes which match what we’re going to see – for example, for Wicked, I wore green, including a pair of green Doc Martens. After a failed attempt at finding the Bjork swan dress, I settled for this skirt from Lindybop – at least it has swans on!

As the programme (shown in the second photo) shows, this was a Matthew Bourne production – the only one of his I have seen before was his Lord of the Flies, and again, I enjoyed that much more than I was expecting to, especially the ending. 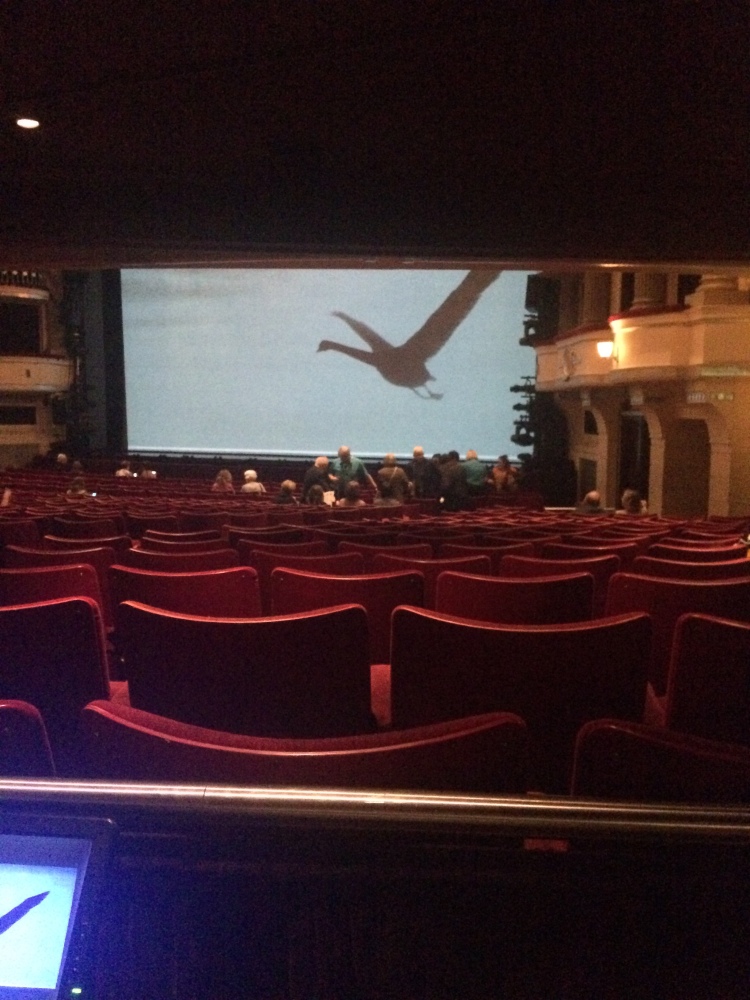 I was fairly impressed by the accessibility too – we’ve been to the Hippodrome before but this was my first time in this particular area. Points for a decent view, being relatively easy to get to and definitely gets points for effort too – the screen you might be able to see at the bottom left of the photo above showed what was happening on the stage. It was a little small to be actually useful but I appreciate that someone must have thought it might be helpful and for some people it really would be.

If you like ballet, I’d definitely recommend going to see this – and even if you’re unconvinced, this was such a clever and well done production that it’s well worth seeing anyway.