As some of you who have seen my posts on Twitter and Facebook will have realised, I spent much of this week in the QE hospital in Birmingham, despite one of my aims for 2019 to be avoiding getting hospitalised… We went to A&E there on Sunday and I was allowed to come home last night. It was lovely being able to be in my own bed again, although once I eventually got a proper bed and a proper room, being in hospital wasn’t really too bad. Being home is much nicer though – for one thing, I don’t have people constantly checking my blood pressure, and for another, I get to be reunited with Arya! Apparently you aren’t allowed cats in hospital… But I did actually manage to get some decent sleep there, which is probably a first, and I had a lovely view from my window, something that you might think is impossible in Birmingham, let alone for a hospital!

The reason I had to go into A&E was because of vomiting, which by Sunday had got worse and worse so that I couldn’t keep anything down, even water and medication. Fortunately I now feel much better and am basically eating as normal! The reason I was kept in for so long was that they wanted to rule out anything too sinister, such as it being related to the tumour. Fortunately it appears to have just been a virus (and not norovirus, which was mentioned as a possibility at one point!) 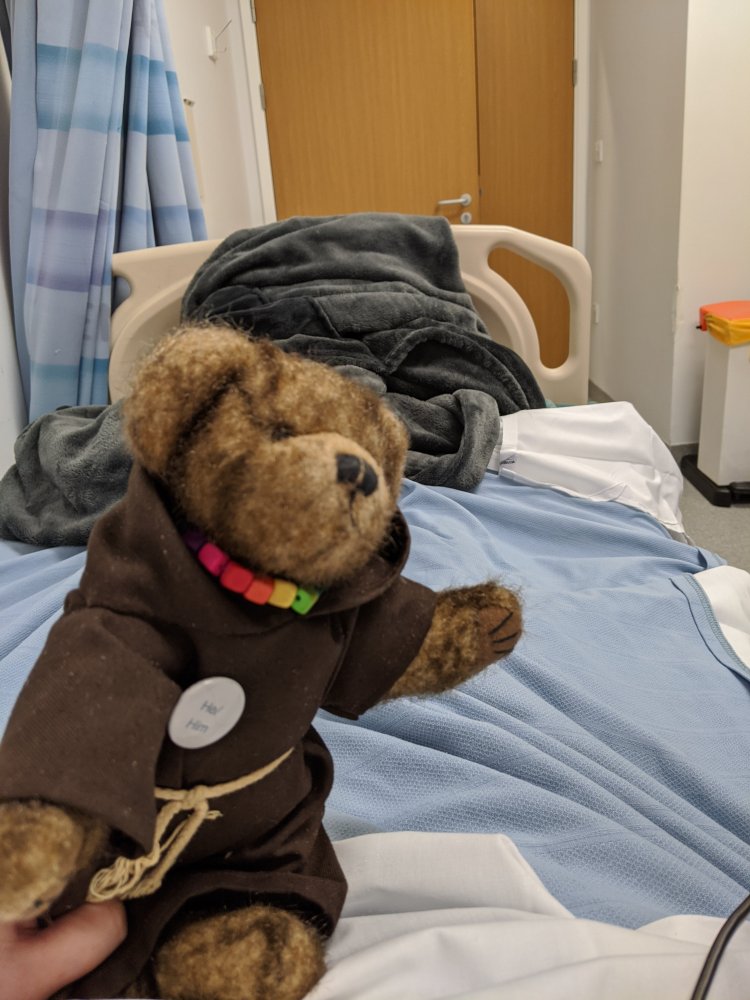 Obviously in lieu of being allowed to take Arya with me, I took Cuthbert! I think this photo was taken before I went to the ward but once they’d got us a trolley and a private room – I assume because of infection risk.

With a general election coming very soon, I feel it would be remiss of me not to point out some of the things that were very clear while I was there. Firstly, how hard the staff work to make it a more pleasant experience and how dedicated they seemed to be to their patients. Secondly, how cuts have made that job even harder. Cuts to both funding and staff numbers meant huge waits in A&E, and then for a bed on a ward once it became apparent I was going to need to be admitted. I know most people have already made up their minds, and I know many people will have much worse stories than this, but please consider them when casting your vote on the 12th. Vote for a candidate and a party you trust with the NHS! 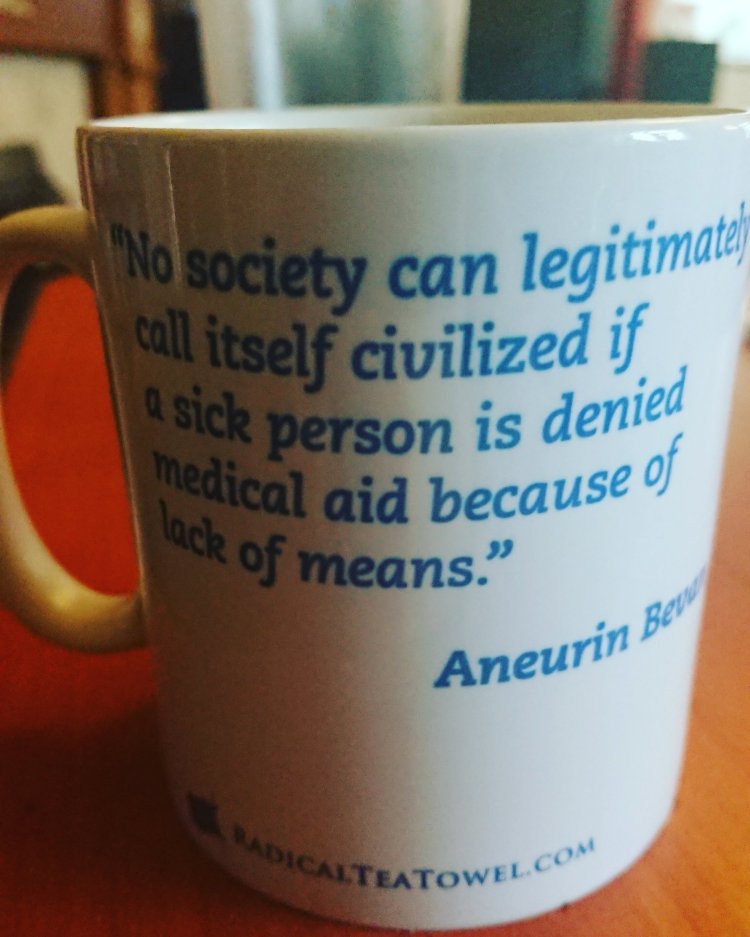