Today I heard the news that Tom Parker (from the Wanted) has been diagnosed with a brain tumour – as it happens, the same one I have! The prognosis for this time of tumour isn’t good, although over three years on from diagnosis, I’m still here!I’ve seen a few people putting their top tips for living with a brain tumour in a blog lately so I felt I should do the same. A disclaimer first – everyone has a different experience and what helps me isn’t necessarily going to help anyone else, and vice versa. Which nicely brings me to my first piece of advice -1) it’s okay to try things out and decide they don’t work for you. Just because someone else finds something helpful and recommends it doesn’t mean you will, although you might unexpectedly find something does. I take CBD oil daily and I was very sceptical at first – I don’t know for sure if it is helping, but it isn’t *not* helping.2) If you can’t work, whether that’s because of pain or fatigue or something else entirely, I’ve found it really helpful to have other things to do. In my case, that’s mostly reading and teaching myself how to draw and paint. This might not be right for you but I’ve found it useful to have something to do with my time, especially as a lot of the things I would have enjoyed I can’t do anymore, mostly due to limited mobility.

3) I’ve found it really helps me to get out of bed every day. Apart from when I’ve actually been in hospital, I think I’ve managed to get up for at least a few hours each day. Of course this varies a lot, and sometimes it’s just a case of having a ‘duvet day’ on my armchair downstairs instead of in my bed. On days I don’t feel capable of doing much, making myself do this makes me feel a bit more functional.4) Trying to eat ‘properly’ is something I try and do. It gives me some more energy, and it’s hard sometimes (especially as someone with a history of disordered eating and who finds it quite difficult to prepare meals – luckily, my parents are around most of the time and enjoy cooking, so I can do this. I’m aware lots of people can’t or don’t have that sort of help)5) Finding your support network is important. I’m lucky to have been able to move back in with my parents, and while it isn’t always easy living at home in your late 20s, it’s far easier than living alone in a different city would be, especially with the added anxiety of COVID. One of the first things I did when I was diagnosed was to get Arya, my recovery kitten, and she has honestly been as helpful as my medication cocktail, certainly in terms of my mental well-being. Moving home does mean moving away from a lot of my friends, but I’ve been trying to keep in touch, mostly via social media. I think a lot of people are very aware of the need for this at the moment! A lot of organisations have dedicated support systems too.

6) it’s okay not to like certain terminology regarding cancer – battle, fight, journey and inspiration being my least favourites. I still remember going to the Anglo-Saxon exhibition at the British Library in my wheelchair and being approached by a woman who insisted on telling me how inspirational seeing me there was. I didn’t know her and she knew nothing about me – it was such a patronising experience. I’m sure she meant well but it still makes me a bit angry now.7) I think it’s inevitable to view before diagnosis and after diagnosis as two distinct stages, often with that messy bit in the middle when you know you aren’t well but no one can work out why. One of the things that has helped me is trying to do things I used to enjoy and that were a huge part of who I was – for me, that’s medievalism and SCM. I’ve been to a few SCM events in the last three years, some in person before COVID, and some online. Lots of medieval conferences have moved to being online since March and I’ve been to some of those. I’m even going to be presenting at the Gender Medieval Studies one! I’ve been trying to read as many medieval books as I can, most recently, Seb Falk’s the Light Ages, which I loved, and despite being at times very frustrating, I’ve felt very supported by #medievaltwitter.

8) For me, the hardest practical thing has been going from being fiercely independent to very dependent – I can’t shower by myself or even make myself a cup of tea. I’m insistent on getting myself dressed because I want to retain some independence in whatever little ways I can. This has taught me a few things though – it’s okay to ask for help and to accept help, and that just because you can’t do something doesn’t mean that you aren’t worth as much as you were before. Sometimes things stop being possible and that *really* sucks – it’s hard to put into words how much I hate that I won’t get to bag the Munros, or visit 30 countries before I’m 30, and I’m not sure I’ve worked out a good way to deal with it yet, but trying to be both honest and positive helps. 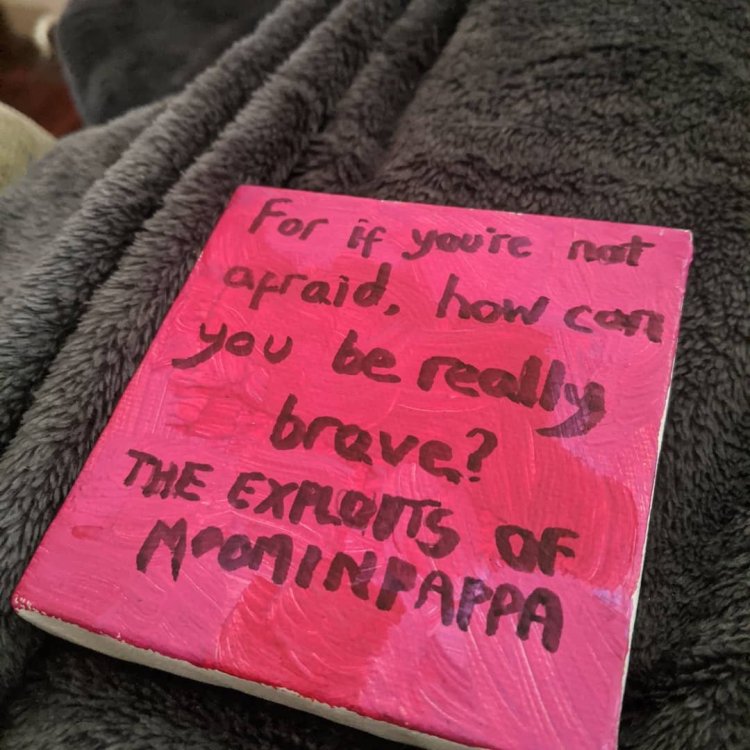